If you’ve made the change to an electric shower and placed that hot morning hail of goodness as a top priority, good for you.

Some homeowners choose to suffer through the time clock of limited hot water. They don’t even know that they have better options.

Unfortunately, you also know the struggles that come with it.

Your bathroom pull cord keeps breaking for 1 of 3 reasons.

Either it’s had too much heavy-handed use, it was cheaply made, or you’ve got a loose wire somewhere.

Whichever one it is, there’s a solution for you.

So let’s get talk about it.

Why Does My Shower Have a Pull Cord?

First, do you know why there is a pull cord in your shower?

Hopefully, someone took the time to explain it to you when it was installed. But if not, I’ve got you covered.

A pull cord is used in electric showers to cut off or isolate the power (electricity) meant to heat and source your water to you.

A standard shower usually relies on a hot water heater or alternative to avoid those frigid morning wakeups.

An electric shower bypasses that method and heats your cold water internally. This lets you enjoy a more extended, hotter experience without worrying about how long your kids were in before you.

But as with anything electrical, sometimes your shower needs some maintenance.

The best way to do any repairs on an electric shower is to first ensure the power is off.

That’s where the pull cord comes in.

The pull cord attaches to a switch that allows you to manually turn on or off the electric current used to power your shower.

What Are the Relevant Amps for My Shower?

To give you an idea of how much electricity I’m talking about, I’ve made this little table as an example.

Your electric shower runs on amps.

Amps or “Amperes” is the unit of measure for electrical current. The current is a flow of electrons through a circuit.

To give you a real-life example, the average 50-inch TV uses only 0.95 amps annually!

Compare that to an electric shower that can draw on around 40 amps each use.

This should be a clear indicator as to why an isolator switch is needed.

Pull cord switches fail on occasion. As I mentioned before, there usually are 3 reasons why this happens.

Heavy-handed use is the constant force used to tug at the pull cord.

If you’re turning it on and off with every shower, it will get much more use than intended.

Thus, its life expectancy will shorten.

You might find that one day after a long shower, you yank on the pull cord, which breaks in two.

It’s not the end of the world, as this can be a simple fix.

As for the poor quality issue, your contractor might have decided to save some bucks by purchasing a lower-cost switch.

Maybe this was a way to help lower your budget, but in the end, it won’t help you.

Low-quality pull cords will break faster due to cheap materials or inferior manufacturing.

Sometimes you won’t even have to do anything for your switch to break. The circuitry inside might come defective. After a couple of uses, it may just give out on you.

Wiring issues come in many shapes and sizes. More often than not, your switch probably just has a loose wire.

This could be thanks to a screw not being tightened enough. Or maybe the wires themselves weren’t secured during the installation.

Many times, a loose wire is nothing to be too concerned over.

But, loose wires and other wiring problems can lead to a much bigger issue.

Why Does My Shower Pull Cord Keep Burning Out?

If you’re using your pull cord or even just walk in the bathroom and smell a burnt odor, stop what you’re doing.

This burnt odor could be signs of burning plastic or tiny sparks igniting inside the bathroom wall.

The problem might be as simple as the wires losing their insulation and being more prone to short circuits.

If the pull cord has no effect when pulling it, the fuse is the most likely culprit.

Go to your fuse box and confirm it’s set to “on.” If not, reset it by flipping the fuse switch from the “off” position.

Other times, inconsistent functioning will be caused by two wires fastened to the same connection.

This is a prime example of shoddy work.

For a new pull cord switch installation, there should be no reason for each wire not to have its own connection available.

This is not only against building code but also what often leads to electrical fires.

Having only loose wires would be the best case scenario for you.

More complicated issues other than rookie installation include counterfeit wiring. This is an instance of pure copper not being used, or the copper used was undersized for the connections. This can lead to pull cords burning out.

The good news is that all of this can be fixed. Some of it can even be repaired by you. But we’ll get to that in a minute.

But if you experience no problems related to what we discussed, you can expect your pull cord switch to last up to 10 years.

Can You Leave Shower Pull Cord on All the Time?

Yes, you can leave the shower pull cord on all the time. It will not affect your showering experience. And it isn’t harmful in any way.

Unless you’re experiencing the kind of technical difficulties, we discussed above.

In which case, please turn off your electric shower and call a professional.

Should I Turn Off Shower Pull Cord?

If you smell anything burning, notice any inconsistencies with your shower, or are going to inspect the internal wiring, you need to turn off your shower pull cord.

That is the exact purpose of an electric shower pull cord.

Can I Replace the Pull Cord on Shower Switch?

Yes, you can replace the pull cord on a shower switch.

If your pull cord broke into two pieces, you could repair it quickly.

How to Fix a Shower Pull Cord

Most pull cords come in two pieces, making them easy to fix.

These two pieces of the cord are connected by a plastic securement. This is usually the place where the line has separated.

Simply purchase some spare cord from any tool store, measure the length needed, and cut with scissors.

Make sure you leave a little extra for the knot.

Tie the new section of cord to the old one and cover it with the plastic securement.

That’s it! It’s not complicated at all.

How Much to Change a Shower Pull Cord?

If your shower pull cord breaks at the point of connection to the plastic mount (the switch), the repair process gets a bit more complicated.

You’d have to replace the whole unit, not just the cord.

I’d recommend calling a professional unless you have experience with electrical wiring.

The cost to have a professional change a shower pull cord will easily be more than $100.

I can’t give an exact number because everyone has their own pricing structure depending on travel, labor time, and minimum charges for small jobs.

This can be somewhat risky as you don’t always know the quality of the work you’ll be getting.

If you did this route, you could expect to spend anywhere from $50 to $70.

Or, you could purchase a replacement unit if you’re doing the work yourself.

For a look at what you’re in for, here’s a video of how it’s done.

Do You Need an Electrician to Change a Pull Cord?

Technically, no. You don’t need an electrician. However, I’ll follow that up by saying you should hire a professional electrician.

If this is a first-time DIY project for you, you should leave this one up to the pros. Electrical wiring is never something to just throw yourself into.

Not only could you get seriously injured, but you may do more damage in the long run.

Question and answer time! I’ve got answers for you to two popular pull cord questions.

Do You Have to Have Pull Cord for Electric Shower?

Yes and no. This depends on where you live and how much you play by the rules.

In the UK, installing a pull cord for an electric shower is required to pass inspection.

To my knowledge, in the US, it is not required but highly recommended. In fact, most manufacturers will clearly state on the box that an RCD should be used with any electric shower.

RCD stands for the residual current device. In this case, the RCD is the pull cord switch.

Any electrician who values their reputation uses an RCD when installing an electric shower.

Do You Need to Turn Off Pull Cord Isolator for Shower Every Time?

After each shower, you do not need to turn off the pull cord isolator.

As I already mentioned, the isolator, or pull cord switch, is for safety purposes when a repair is needed on the inner wiring.

Turning it off every time you shower risks doing more harm than good. Constantly turning it off will wear down the isolator and diminish the standard 10-year life span.

Thank for following along! I hope you learned a little something about your electric shower.

More importantly, I hope you learned why it might not be working and what you can do to fix it.

You have three common causes for bathroom pull cords breaking.

If you narrow down what the problem is related to, you can easily manage its repair.

Either by doing it yourself or hiring an experienced electrician to assist you.

Good luck, and be careful!

Why Does My Bathroom Caulk Keep Cracking? 6 Reasons Why 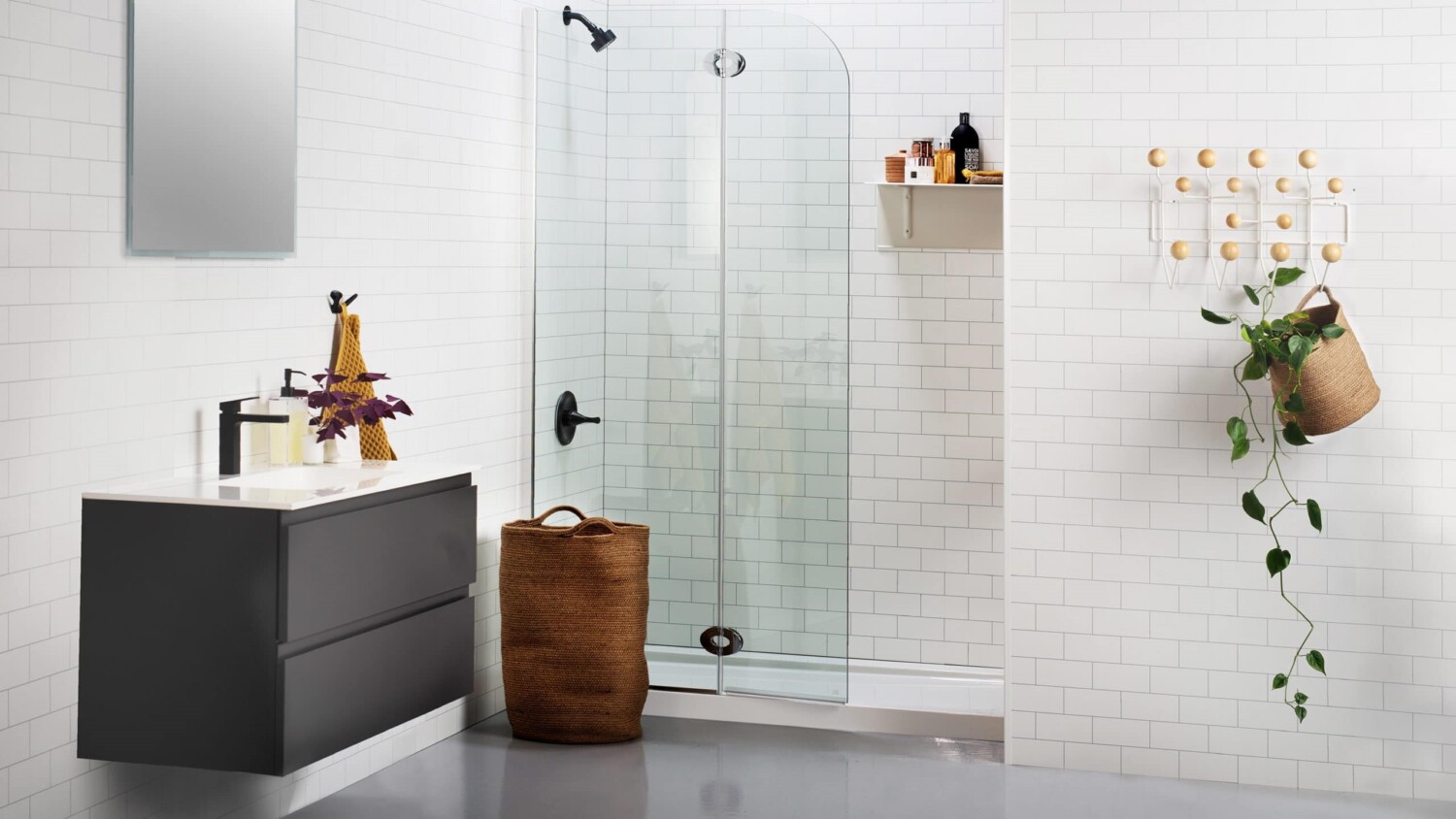 I Need to Remodel my Shower – An Experts Perspective